Out of Stock: Estimated to ship in 5-7 business days.

Believed by many to only exist in a fable, the Elder Wand is by far the most powerful and deadly wand in the entire world of Harry Potter. Own a stunning miniature version of this wand to show off every day with the Elder Wand Keychain! Made from pewter, this keychain displays a striking level of detail that is sure to excite fans of the Harry Potter series. The keychain is designed after the Elder Wand as it is described in the books and films, and it is a licensed Harry Potter item. You can easily attach the keychain to your keys too, as the wand features a metal ring in the top. This Elder Wand Keychain possesses only the look and none of the dark magic of the true Elder Wand, giving you the ability show it off without risking a terrible fate. 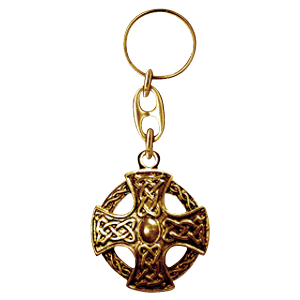